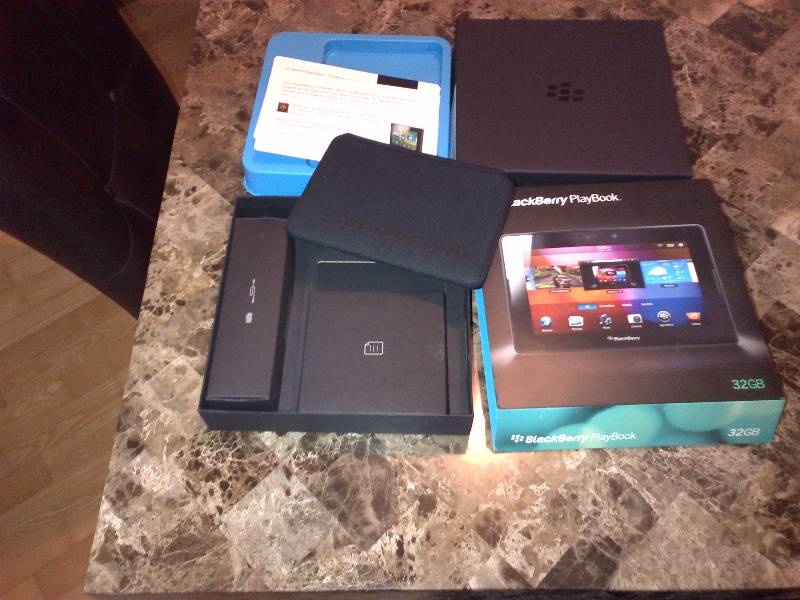 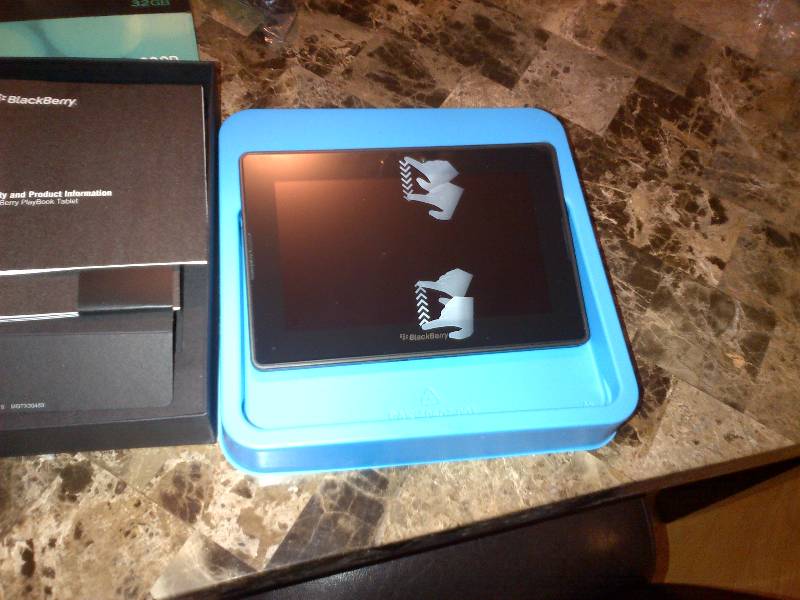 Its OS is pretty slick, and its apps, although few, work well. I love the browser, and it works great to watch movies and shows. I’ve bridged it with my Bold, which turns my PlayBook into a Wifi+4G tablet by using my Bold data plan.

I’ve had it for 3 days, and I haven’t tested completely yet. The main issue seems to be the lack of apps – I will be looking to work out the workarounds to use NetFlix and read Kindle books on the PlayBook. I got the PlayBook Target Truss Case for it. 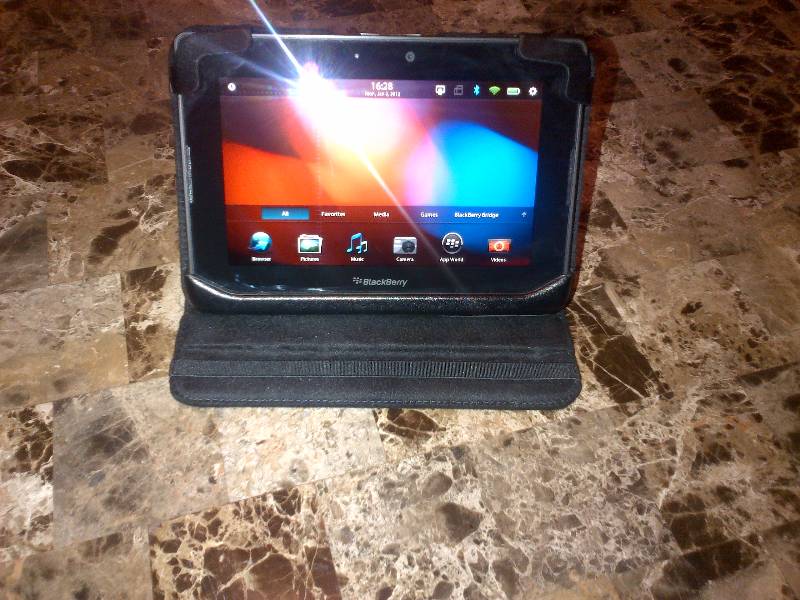 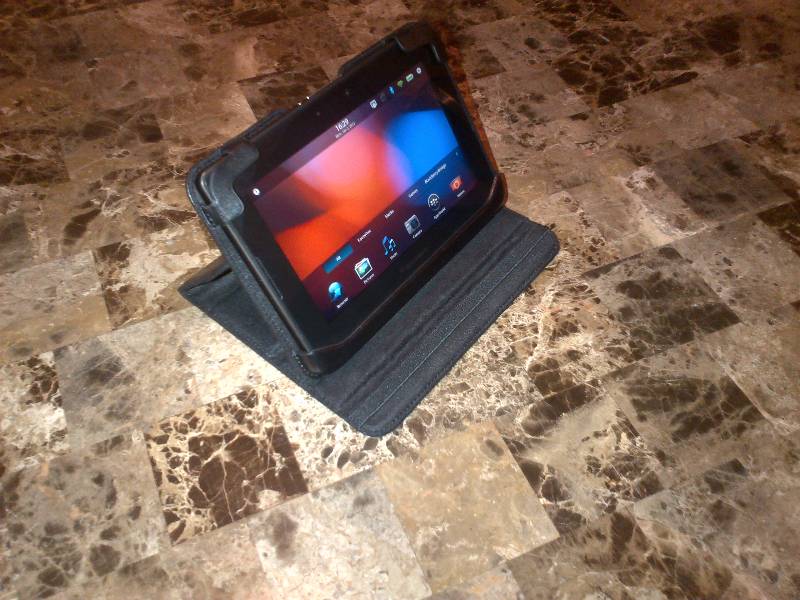 I will be looking to get an invisible shield in the next days. I’m also thinking of getting a stylet, and a bluetooth mouse and keyboard.

I will be creating a BlackBerry PlayBook resource page once I have everything up and running.

Aside from that, there were some few things that I had to figure out during my first use of the BB tablet.

First hiccup I ran into upon powering up the PlayBook was that it stuck at the Licence Agreement. A couple of google searches later, CrackBerry.com gave me a number of possible solutions. For me, connecting my PlayBook to my PC to run the BlackBerry Desktop Software did the job. I ran an software upgrade (it was long, it took about 30 minutes), my PlayBook rebooted, and then ran through the initial setup again. Everything worked fine.

Whenever I get a new phone, I usually plug it in and charge it up fully before using it. I didn’t do this with my PlayBook, and, at some point, I started one of the app, and it just froze. I plugged the charger, but I was not able to reboot it at first. In any case, after letting it charge fully, it worked again, and since then, even when the battery runs down, I haven’t ran into any similar issues.